I have Nuki pro with door sensor, both latest available firmware.

My Nuki is set up to lock after door close and/or after 5 minutes.

I realized, the hard way, that if you unlock Nuki manually and then leave, the Nuki keeps thinking it’s still locked and does not lock the door!!

I figured one day, when we came home to open house

I reproduce the bug 90% of times. Today I tried it with my father in laws Nuki pro. Has the same setup. Bug reproduction 100% of time.

I’m talking to Nuki support, but is taking way too long. I now lock my door manually with the key after we leave just to be sure (beats the purpose of Nuki, but I don’t trust it anymore).

This is major drawback to me and a major security issue. My old Nuki, doesn’t have the same bug.

I also made a video here: iCloud

What you describe on the video and show is not a general bug. It seems to be misconfiguration because your Smart Lock is not properly calibrated (which could also come from mounting it on a not compatible cylinder where the inner key does not rotate together with the outer key). → I’d suggest to recalibrate your Smart Lock (Important: Door has to be unlocked when starting the process).

This forum is focused on developer related issues.

Thanks for your feedback, just a short reply:

The Nuki 3.0 does not recognize my manual actions (turning it’s nob - not the key from other side). I don’t see how this is a problem of the lock or of the calibration?

When you calibrate the lock it learns the locked and unlocked positions. Thus without a proper calibration it does not know when it is locked or unlocked. And this is a core functionality. If it would be generally broken the forum would be full with it.

Try to disable the door sensor and check if it works without it.

Thank you. Will try once I get home and report back.

I calibrated the Nuki again and it worked for a day, I just woke up and realized our house was unlocked during the night

From the log you can see door was opened and closed at 19:45 but then Nuki did not lock them back up.

This morning I opened and closed the door, and then locked them manually but nuki says i unlocked first and then lock them, which doesnt make any sense.

So there must be something wrong with nuki or the software.

Try to disable the door sensor and check if it works without it.

They are sending me a new Nuki, I will try it with the new one. I replaced it today for my old Nuki for safety reasons.

Hi, so Im back to using my old Nuki (latest firmware) without door sensor.

It makes the sam mistake. See here, doors were locked and then unlocked with a key from outside. Nuki didnt recognize the manual action of unlocking with a key and after leaving, the doors were left unlocked.

Im 100% this never happened before, so it must be some software glich that came with new update. Door is the same, lock is the same, we are the same

Wow, I do use a cylinder where I can open the door with a normal key (meaning the cylinder can work both sides at the same time), does this means my cylinder is not compatible/fully supported?

does this means my cylinder is not compatible/fully supported?

I don’t know how you come to this conclusion. If your cylinder works as described it is fully compatible.

It makes the sam mistake.

This is not an end consumer support forum, but a developer forum. Your problem seems to be individual, therefore please continue your discussions with the Nuki support.

Indeed mine is compatible, sorry for the confusion

I have watched the video and I give you a piece of advice that has nothing to do with your case.

The door sensor is badly mounted, the magnets have polarity if the sensor was mechanical so it would malfunction, being electronic or so I think by hall effect may not happen.

You have to put the large module more to the left of its position and the magnet module horizontally right in the center of the sensor.

If both have a mark they must match, if not (I’m waiting for mine) then just do what I said.

It will work better. 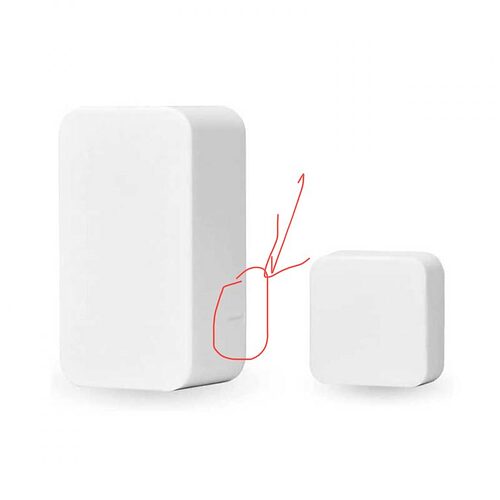 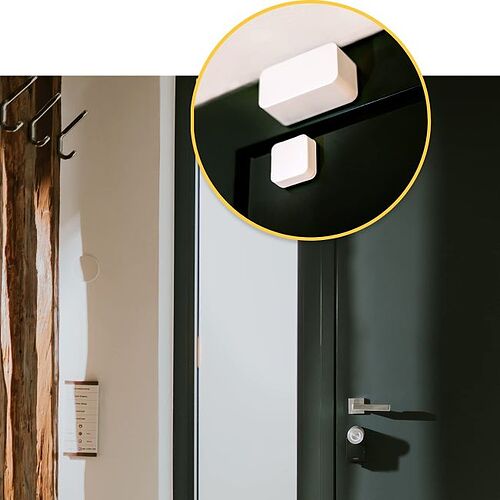 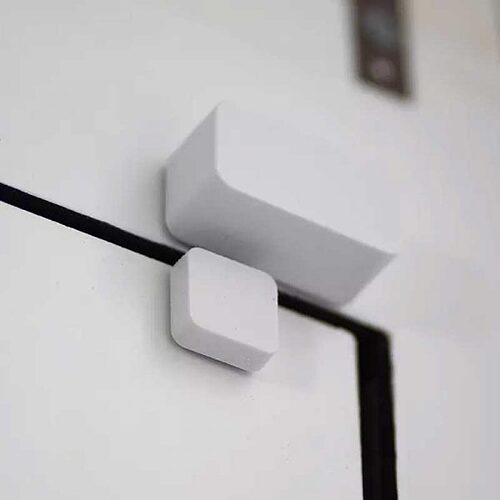 I’m re-watching the video and I see two things that are wrongly calibrated.

And the one that I think is the correct one, that lock is defective, you can see that it waits before dialing closed so something is not working inside, I think they send you one or so I thought I read.

That Nuki is defective, a bad calibration would try to open or close but it does nothing of the sort.

And change the position of the door sensor while the new Nuki arrives.

I am an installer and automate homes in addition to many other things.

Hi! Sorry I was absent a bit, my family got covid, so I was out for a week.

@litris thanks, I know the mounting of the door sensors is not optimal, but it was working. The door sensor did not give me problems, and was giving accurate readings everytime.

I have also received a new unit, but I was using my old Nuki in the mean time, with the oldschool (magnet sticker) door sensor. The old Nuki works flawlessly, so I will be keeping it, since I don’t see any real advantage in the new pro. The old one just works!

@Juergen I guess the Nuki was defective, but I still think, since the logs were weird and not logical, that it software should have picked it up. Keeping the house unlocked is supper bad and if just one other Nuki has the same issue as mine had, that si a problem.

Thanks everybody for your help. Everything was solved in the end. I’m just a bit disappointed at Nuki support, I expected to get a new unit faster. It took me few weeks with emails, videos, screenshots to persuade them I’m not a retard

and that there really is something bad with my Nuki. In this time our door was left unlocked quite a few times, which was my fault, but I couldn’t do the tests and logs for Nuki support if I took it down.

Anyway all is well that ends well.

Until next time,
Mak

I hope your family gets better.

Yes, it will work well open or closed but if the door sensor is mounted well with the magnet in parallel the accuracy is higher, in the end what interests you is that it warns and as you have it will do well.

As for the door staying open, I always advise to mount a door closer with the installation of an electronic lock, I don’t know what they are called where you live.

What it does is to close the Piera as in the buildings.

If the lock opens the door the door closer presses the door and it does not open unless you push and you can relock it remotely.

If you do not mount a door closer when you open by mistake the latch slips and the door will open and you will not be able to close it if you do not physically go to your home.

I do not know if this is understood.

Never mount a lock without a door closer on your door.

I have mounted a DC120 with retention 36€ to lock the door if I have to leave it open to get things in. 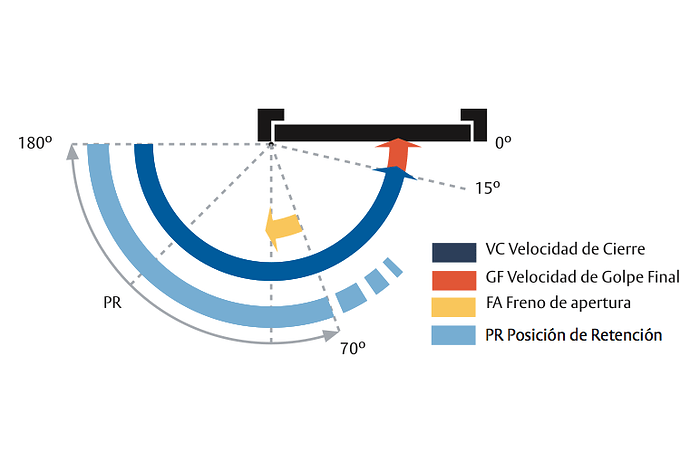 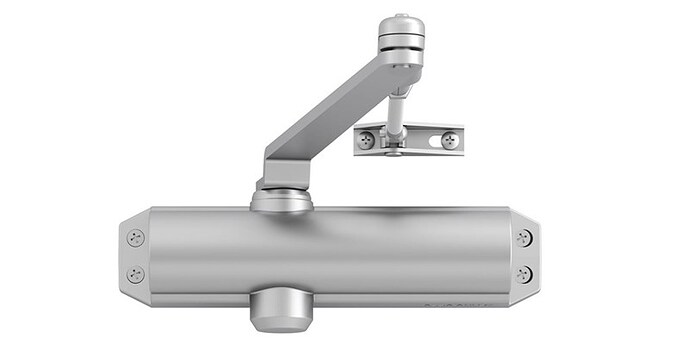